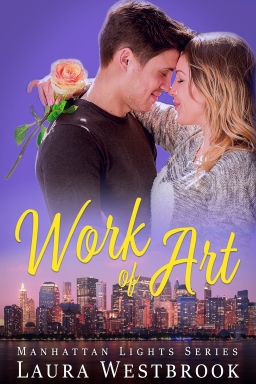 Tiffany can barely afford bologna sandwich dinners. Even with her new nursing job, she’s struggling to pay off her student loans and pay rent at the same time. Feeling like she’s bitten off more than she can chew, she does what any broke, self-respecting woman living in New York City would do: become a model.

Of course, it doesn’t involve catwalks and designer outfits. That would be the obvious choice. Instead, she’s dressing in strange clothes and standing perfectly still while being stared at by artsy painters. Tiffany isn’t the shyest person in the world, but having so many eyes on her makes her skin crawl. The only saving grace is the attractive man who puts all this together. Trent is part businessman and part artist—an intriguing combination that catches Tiffany’s interest.

But when the hospital director catches wind of the side job, Tiffany has to make a choice, and she has no idea if Trent’s newfound attention will last if she’s no longer his work of art.

If you enjoy sweet romance stories with happily ever afters, no cliffhangers, and a big city setting, then you’ll love this second installment in Laura Westbrook’s heartwarming series.

You can find it here:

(and all other Amazon websites)

This site uses Akismet to reduce spam. Learn how your comment data is processed.